During our stay in Rotorua, we had several side-trips built in. This first was to (for me at least) a unique experience. It was a two-fold yet related experience. The first part was a tour of some caves filled with enormous stalactites and stalagmites, although more of the former. It was quite a site to see and, if I were shooting with a film camera, I would not have been able to capture them in the way I did. It was low light and lit well enough for vision, but not so much for photography. I had never been in a cavern like this and the walking tour took us well inside.

I took a few pictures, as I tend to do. These three are the ones that stood out to me as good examples of what we saw. The first was sort of a "Ghostbusters" moment. The last one is the path we walked and gives a sense of the scale. At the very end is our group.

The second part was something that I was unable to photograph because it was, by necessity, unlit. It was a boat ride through the glow worm caves. We had seen a small sampling of glow worms when John Rich of the Kiwi Dundee tours took us into a small cave and showed us a small grouping of glow worms. That impressed us, but at the Waitomo Caves, there was a cavern absolutely filled with the glow worm lights to the point that it felt like we were under a sky absolutely filled with stars!

Had I had the time I would’ve tried to arrange a way to photograph them, but we went through the caves on a boat and at best I would’ve gotten streaks. Fortunately, we have the interwebs and the shots I’m posting here come from there via a google search for “Waitomo caves glow worms”. The credits for the two shot are Shaun Jeffers Photography. They give you a real taste of how amazing the boat ride was. These two images, are, of course, not for sale.

These photos are available for sale. A simple click on one will get you to the “buy” option. You can then choose from prints of many sizes and all sorts of specialty items like mugs and phone cases. 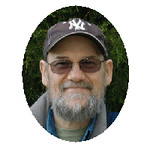