Aaaaah, connectivity (however limited) at last!

On our second full day in NZ, we had the fun of joining SaltAir tours for a flight and van tour of Cape Reinga, the northernmost point of New Zealand. We three, and five other people (including the pilot) squeezed into the plane you see below.

We flew over the northern region with oyster farms (the lines in the water in the lower portion of the B+W photo below), logging farms running parallel with the appropriately, if not quite accurately, named “90-Mile Beach” (which is also considered a highway!). We landed in a small grassy field where an empty van awaited us.

We drove up to the northernmost point in New Zealand where there is a lone lighthouse with a signpost a la M*A*S*H with distances to places such as Tokyo (8475 km), London (18,029 km), LA (10,479 km) and Bluff, the southernmost town in New Zealand (1452 km). We won’t quite go that far south on this trip, but we will travel most of those klicks. There is a similar sign in Bluff that points to home: 15,008 km to NYC.

An interesting diversion of the tour was a stop for sand dune tobogganing, wherein you climb to the top of an enormous sand dune and slide down on a smooth boogie board! A lot of work, but clearly a lot of fun, certainly to watch! It was a relatively short diversion, but it brought out the kid in us.

The bulk of the time was in the flights both to and from the Cape. We saw the unique landscape and the way the land is used for various types of farming, the way faster growing trees are used to create windbreaks, the oyster farms mentioned above and the many beaches, both accessible by land and only by water.

Fortunately, the pilot was not a “swoopy-divey” sort, so we were all able to enjoy the entire trip. 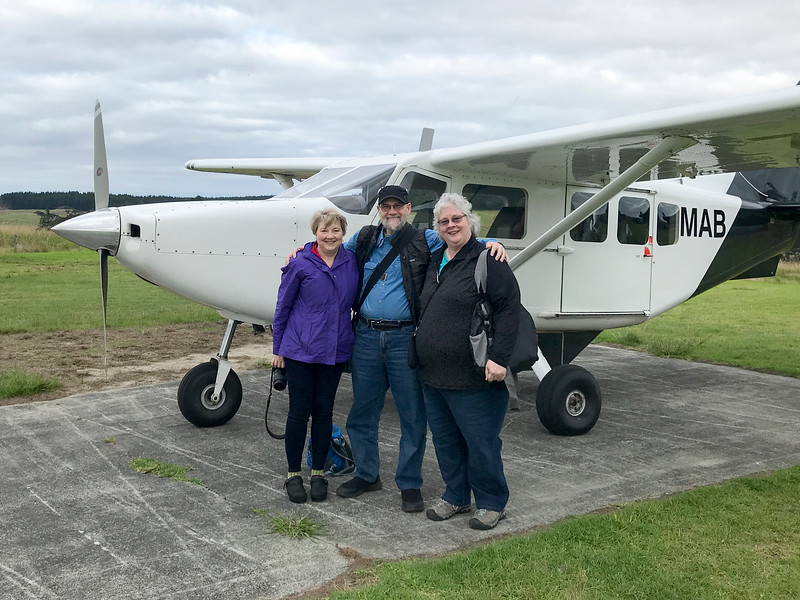 Unabashadly shameless plug, ignore if you so desire:

These photos are  available for sale. A simple click on it will get you to the “buy” option. You can then choose from prints of many sizes and all sorts of specialty items like mugs and phone cases.